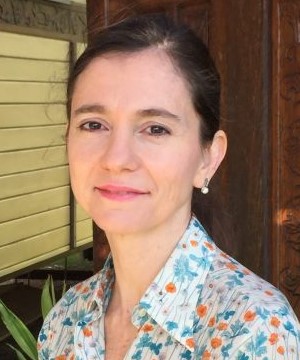 Ana de Azcárate studied Hispanic Literature and a Master's degree in Art History. She later trained in Naturopathy at the Institute of Natural Studies (IEN) in Madrid and worked at Turner publishing house in charge of the Digital department and Sales and Distribution in Latin America and the United States.

She has taken numerous courses and participated in congresses on Herbalism, Aromatherapy, Nutrition, Body therapies, Biodynamic agriculture and Ayurveda medicine where she has had the opportunity to connect with prestigious authors such as Rosemary Gladstar, Anne McIntyre, Natasha Campbell-McBride, Sally Fallon and Joel Salatin. among others. She is the founding editor of Editorial Diente de León a publishing house that works with Health and Ecology in Spain, is chapter leader (Madrid) of the Weston A. Price Foundation and teaches courses on Nutrition and Natural cosmetics.